The paper presents the view that barbaric methods and consequences of the use of such methods must not be accepted as a basis for the future of the new generations in the shape of legalized forms of political life and state organization at the local and international level. In order to protect victims from barbaric crimes and in order to punish crimes and criminals, criminal acts and crimes need to be treated primarily and solely within the province of law, i.e. in the province of judicial truth and judicial method. The victimmust not be stripped of its rights by allowing the legal aspect of efforts to address the problem to be abandoned, sabotaged or watered down in its implementation, by allowing the problem to be redirected, reduced or marginalized to moral lectures, debates and condemnations; religious, academic and journalistic quibbling; delivery of humanitarian assistance to the victim in the form of food, clothing, medicine, etc. – all in the form of a surrogate, i.e. an extremely limited, painfully insufficient exercise of rights provided to the victim under the international legal order. In this case the victim is a full member of the Organization of the United Nations (OUN), the Republic of Bosnia and Herzegovina (RBiH) and its citizens. By strategically redirecting the resolution of its problems - the perpetration of internationally defined and documented crimes against it – from the field of law tomeremoralizing, public debates, humanitarian campaigns, etc., this victim of aggression, war crimes and genocide had been cynically deceived. All along, unsanctioned by the local (constitutional) and international legal order, processes carrying all the features of aggression and uninterrupted genocide against the citizens of RBiH and bringing a OUN member state to final and irreversible destruction had continued, and are, in fact, still ongoing. Participating in that deception are even those local politicians, who allegedly, according to their own words, but not based on actions, represent the victim. All this is slowly taking the shape of success of the Greater Serbian barbaric aggression against BiH. Not even international factors are exempt from these sins against the victim and the international legal order – primarily the removal and sabotage of the legal method. On the contrary! Therefore the author underlines in this paper the standpoint that legal thought is the initial, basic element of political work, or, in other words, law in Bosnia and Herzegovina represents the basis of politics in the resolution of problems. All discussion with criminals should take place within courts, and under no circumstances in “roadside inns”. 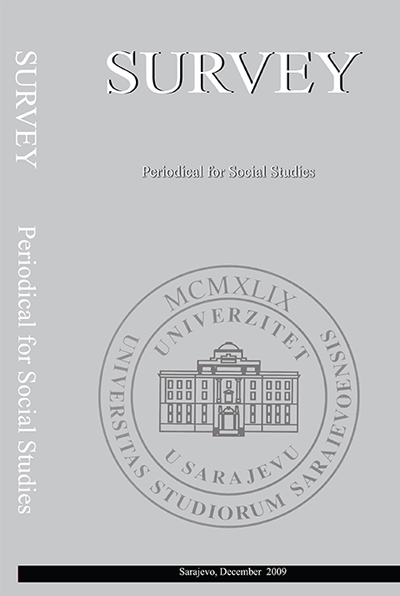