Terrorism - The Problem of Defining It

Terrorism is seen as the main threat to human rights and to political and economic stability in many countries, with significant consequences to the benefit of the wider social community . A complete analysis of terrorism requires an inter-disciplinary approach and parallel research in several areas. It frequently happens that certain countries, solely for the purpose of achieving their own interests, breech international obligations which need to be implemented in order to prevent terrorism. The problem of contemporary terrorism becomes even more complex with the proliferation of weapons of mass destruction (WMD), such as biological, chemical and nuclearweapons. One should also keep in mind that, parallel with globalization, terrorism is also experiencing a globalizationin terms of space, the pace of its expansion and activities. Terrorism is increasingly assuming a form of power, i.e. a form of global distribution of power and its main lever is fear. In the fight against terrorism, one of the main aims of terrorism should not be realized – the “democracy antivirus”, in other words using methods which result in violations of human rights and liberties; the so-called “preventive methods” - killing, imprisonment, persecution, exile of the “potential terrorists”. The global “solidarity for fear”, aimed at preventing the spread of terrorism may, through its actions, create an environment of manipulation over terrorism for the political purposes through untimely and non-selective approach to the “international fight” against terrorism. For the purpose of a comprehensive elaboration on terrorism, this text analyses the “problem” of defining terrorism. 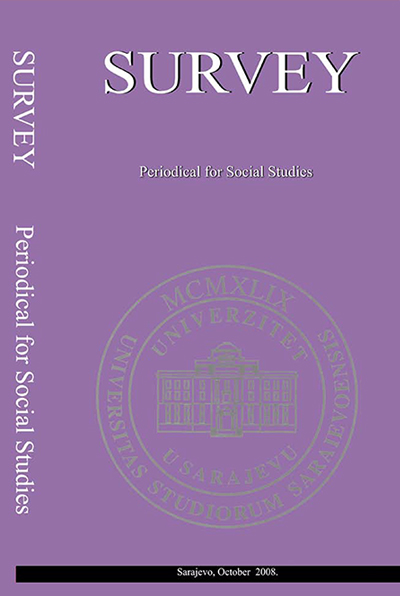