The goal of the empirical study was to examine perception of teacher's characteristics within the value orientation of adolescents and effects of the differences between dichotous gender variable up to scale measurements of value orientations and preferences of the adolescent population. Randomized sample has taken from population (N= 121 respondents), from that 33 male, and 88 female respondents of second and fourth year of study on “Dţemal Bijedić“ University of Mostar. Distribution has given the information of statistically significant difference in measurement between perception of teacher's characteristics and value orientations/ life styles of adolescents (Pearson Chi-square= 2,084, df = 4, Sg.= ,720, C = ,130, Sg.= ,720). We have ranked the data on the scale of perceived teacher's characteristics and divided them in two groups - positive and negative characteristics proven with the frequencies of answers. By the discriminative function it was established differences among male and female respondents on the scale of value orientation/styles which we have analyzed as individual variables. Analysis has shown slight differences between these respondents (male, female), coefficient of canonical correlation is r= 0,327 and it is statistically significant on the 0,01 level, referred on variables of work and creation, prosaical behavior, and revealing and researching of new found on female sample, their scores are bigger on these variables in comparison with male respondents. Data for these three variables we have got on the scale of value orientations for both dichotome gender variables that have preferred these life orientations. 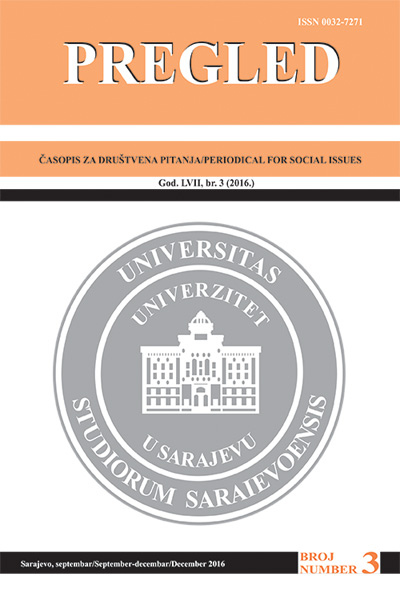